BIOMISA feels pride in its alumni who are doing wonders in various disciplines. They are not only making us proud but also presenting a good soft image of Pakistan. Some of them are: 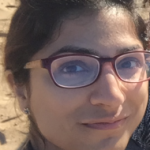 Samra Irshad is currently pursuing her PhD at Swinburne University of Technology, Australia. She received her M.S degree in 2014 from College of E&ME, NUST and she was supervised by Dr. M. Usman Akram during her research. She worked on automatic detection of different abnormalities in fundus images and published four papers in renowned conferences during her M.S. She also worked as a Visiting Researchers at Victoria University, Australia, for 8 months. Currently she is focusing of deep learning and evolutionary algorithms.

Samra Naz is currently a PhD student at Queensland Brain Institute in University of Queensland Australia. She is working there on proposing quantification methods for the assessment of the symptoms of Parkinson’s disease and then to analyse how Deep Brain Stimulation (DBS) improves them. After graduating as an electronic engineer in 2014, she started master’s degree in Computer Engineering from College of Electrical and Mechanical Engineering (NUST). Being a postgraduate researcher at BIOMISA group from 2014 to 2016, she worked on several research projects under the supervision of Dr. Muhammad Usman Akram and co-supervision of Dr. Shoab Ahmad Khan. She represented NUST internationally at Young Women Scientist Camp and Smart Sisters workshop in Daejeon South Korea (2016). She was one of the only two candidates selected for this fully funded opportunity from Pakistan to present their research work.